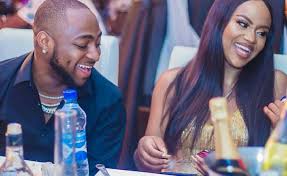 Oyogist.com has learned that Nigerians on social media has dragged popular singer Davido over his birthday message to estranged finacee, Chioma Rowland.

The singer received backlash from Nigerians on social media after he referred to Chioma as “mama Ify” in his birthday message.

Davido, in his birthday message to the celebrant, said;

“All God’s blessings on your birthday today! Make it a great one! MAMA IFY”.

The mother of one, while appreciating the post, thanked him for his wishes.

Twitter: Man declares lady he contacted for job opportunity missing, but he’s being tagged a suspect