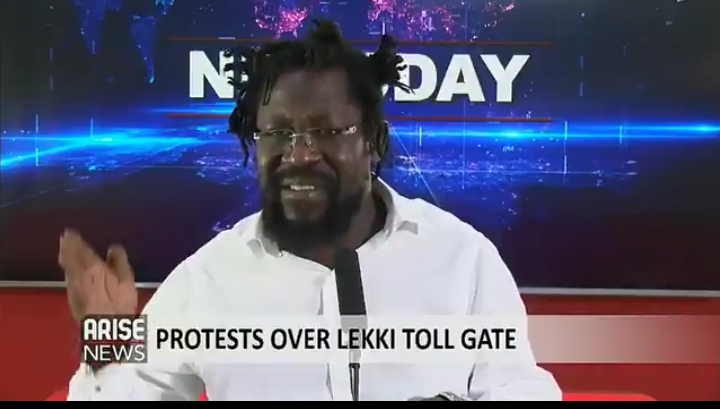 Oyogist.com has learnt that Nigerian lawyer and activist, Dele Farotimi has called for Lagos State Governor, Babajide Sanwo-Olu to be held responsible if anything goes wrong at the planned #OccupyLekkiTollGate protest scheduled to hold on Saturday, 13th February.

Mr Farotimi who Disclosed this while speaking at Arise News programme on Thursday Further claimed that the counter-protest termed #DefendLagos has all the imprints of the Lagos State Government.

“It is dirty to the hearing that in a democracy, patently fascist tactics are constantly employed by the state in seeking to put down the grievances of a people.

“Every time there has been an attempt at protesting at Lekki tollgate there has always been organised resistance by the state combining the use of thugs and the Nigerian police to break those protests,” Farotimi said.

“The first time that it came to national attention was merely the 20th of October because the Army was involved this time around.“This one that a protest has again been called for Saturday and there are threats of violence, note that the threats of violence have come exclusively from those who are organising the counter-protests.

“I say without equivocation, the counter-protests have all the fingerprints of the Lagos State Government and we believe that if anything should happen to a single person in that place we know who to face, Babajide Sanwo-Olu will be the principal accused person.” Mr Rotimi said.