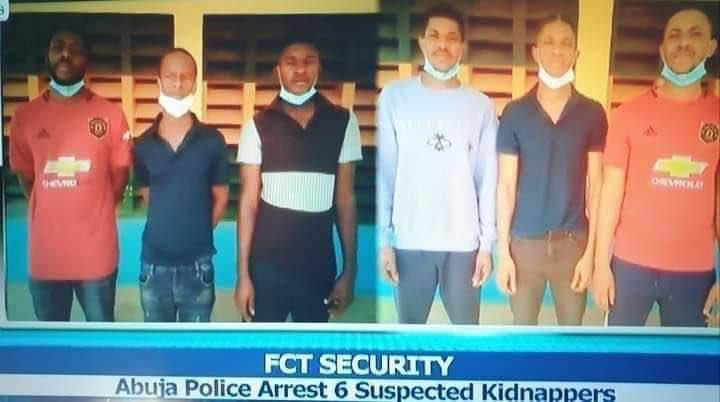 According to report reaching oyogist.com, two Manchester united fans were among the 6 suspected kidnappers arrested in the federal Capital Territory (FCT).

This is contained in a statement by ASP Mariam Yusuf, FCT Police Public Relations Officer (PPRO) in Abuja on Sunday.

According to her, the suspects were arrested by police operatives on routine patrol, while attempting to relocate one of their victims.

She said that further investigations led to successful rescue of two other victims who identified the suspects as kidnappers.

Yusuf said that the command was working closely with sister security agencies, key stakeholders and community leaders to rid the FCT of criminal elements.