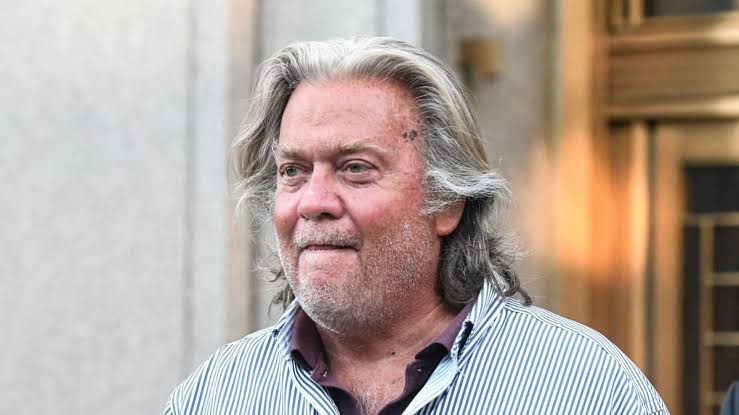 Oyogist.com gathered that Steven K. Bannon was accused of allegedly defrauding hundreds of thousands of donors who contributed to build a private wall.

The “We Build The Wall” effort raised more than $25 million.

e was later arrested during a cruise in hia luxury yacht off the coast of Connecticut and was freed on a $5 million bond.
americaOfficial PardonPresident TrumpSteve Bannon
Share
0
FacebookTwitterPinterestLinkedinRedditWhatsappTelegramViberEmail