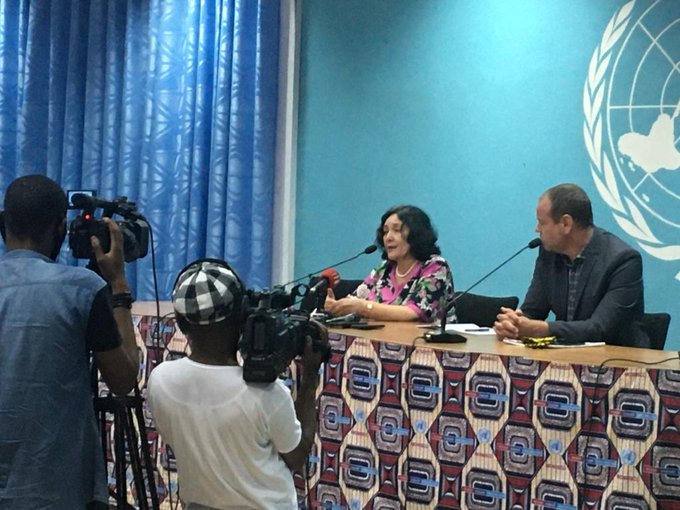 Head of the United Nations Mission within the Democratic Republic of Congo held Wednesday her last press conference in Kinshasa as she prepares to hand over the baton at the end of her three years as the head of the UN mission.

“Today, although the conflict persists, it’s still contained in three eastern provinces,” said the top of the UN Mission in DRC.

For the Algerian, things is way from being terribly bad within the country. “Congo isn’t burning,” she said.

Leïla Zerrougui welcomed the organization of elections that allowed a peaceful transition of power for the first time in the Democratic Republic of Congo. “There is not any one who claims to be from an armed group to mention “I am taking power,” she said.

Zerrougui though warned that “the risk of going backwards isn’t excluded”.

The diplomat leaves with a taste of incomplete work on certain points. for instance , she regrets not having been ready to move forward with the demobilization, disarmament and reintegration projects at the community level.

While refusing to think about this as a failure, she explains all wasn’t in situ to get started. Her critics point to the “inefficiency” of the mission’s Rapid Intervention Brigade within the Béni region.

Zerrougui is additionally criticized for having proposed in October 2018 the opening of negotiations with the ADF rebels.