Abumeyang surrenders fight for No.10 jersey to Lacazette 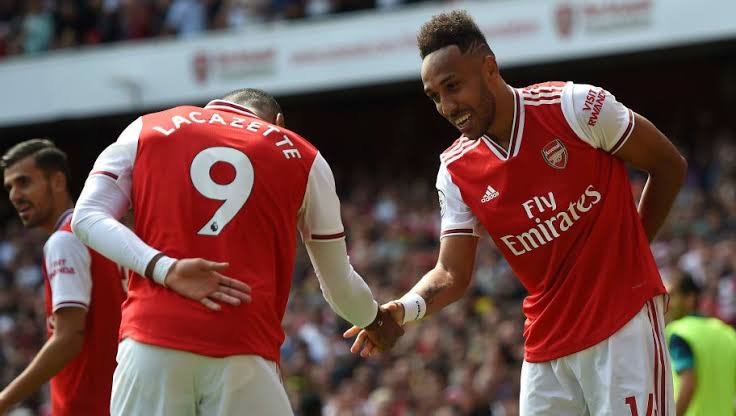 Lacazette, writing on his Instagram stories, promised Ozil his jersey “will be in good care”.

Ozil is set to sign for Fenerbahce, with the Turkish giants appearing to announce an unusual no 67 shirt number for him.

But it appears Aubameyang has backed down in the pursuit of the No.10 shirt, paving the way for Lacazette to claim his prize.

The French striker took to Instagram to post a picture of him and Aubameyang pointing at each other, writing: “When you both want the number 10.”

In response, Arsenal captain Aubameyang wrote: “They said they put it away. All yours my bro,” accompanying his note with a number of laughing emojis.

#Endsars Protester, Rinu in Shock as School denied her access to write her exams