Copyright 2021 - All Right Reserved
Home Politics President Buhari is ‘a threat to the security of the country’ – Dr. Muhammad Junaid
PoliticsSecurity

President Buhari is ‘a threat to the security of the country’ – Dr. Muhammad Junaid 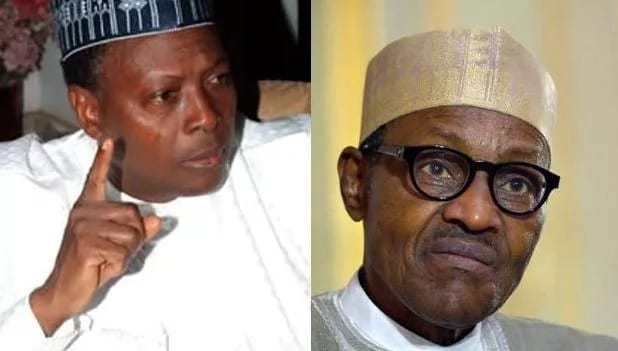 According to report reaching oyogist.com, a Nigerian second Republic lawmaker, Dr Muhammad Junaid, has reportedly called out the President Muhammadu Buhari’s administration for failing woefully in terms of governance while describing President Buhari as “a threat to the security of the country”.

Dr. Junaid stated; “As regards the statement made by the President concerning security in the country generally and northeast, I think President Muhammadu Buhari is been economical with the truth.

“First, I believe within this week, there are three or four attacks. And any leader who can give himself pass mark not to talk of half when the situation on ground is the reverse is not sincere or honest with people of this country.

“Nobody likes conflicts, lack of security but it is absolutely unbearable for leaders to invent lies in order to give himself credits for what he has not done and for which he cannot claim credit for.

“In addition also, it does not add any value or credibility to the government, the party, military and the President himself.

“In the words of former President Lincoln, once a leader has lost the confidence of the citizens, he can never regain it.

“What is evident in Niger now is that this government have nothing to offer. They believe they can lie their way through to the end of their tenure, 2023. And that to them is what they call an achievement.

“Unfortunately for them, history is never written by who want to praise themselves. Somebody, whether we are alive or not, will write a more objective history especially from the time these crises of Boko Haram, banditry started.

“They have failed woefully. Nigerians including former heads of states have come out openly to say that Nigeria is already a failed state. I can’t see how any leader can come out and start claiming credit and giving himself kudos when he did nothing.

“I see not only his statement but I see he himself as a threat to the security of the country.

“Because if you cannot tell the people you govern the truth you are a positive threat to them. Because only when the people know the truth they will be able to follow you.”