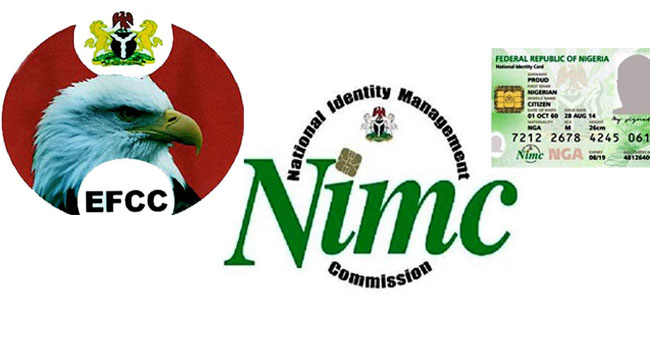 According to report reaching oyogist.com, the Nigerian Economic and Financial Crimes Commission (EFCC), has reportedly warned against the sale and purchase of the NIN in the country.

The EFCC made this known through in a statement released by its spokesman on Thursday, while stating that buyers of the NIN numbers were also trading with persons whose motives aren’t good.

“The EFCC wishes to alert Nigerians that it is not only illegal to sell their NIN, they stand the risk of vicarious liability for any act of criminality linked to their NIN.

“In other words, they risk arrest and prosecution for any act of criminality linked to their NIN whether or not they are directly responsible for such crimes,” he stated.

The commission further urged Nigerians not to sell their NIN numbers to anyone who intends to purchase the facility but rather report to the nearest law enforcement agency.

Lawmaker proposes bill to legalize cultivation and trading of marijuana