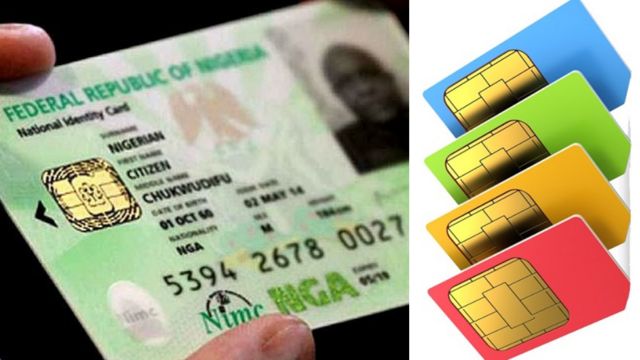 Oyogist.com has learnt that the manager of Public Affairs in the Nigerian Communications Commission (NCC), Ikechukwu Adinde; and Head, Corporate Communication, National Identity Management Commission (NIMC), has released an official statement yesterday, stating that all subscribers must present their National Identification Numbers (NIN) for either missing or lost SIM cards to be replaced.

“Based on recommendations of the Technical Committee, the Honourable Minister of Communications and Digital Economy has approved a SIM Replacement Policy for subscribers whose SIMs have been lost, stolen, misplaced or damaged subject to the following conditions:

“That the subscriber present a NIN;“That an effective verification of the NIN is carried out by NIMC; and“That the relevant Guidelines and Regulations of NCC concerning SIM Replacement are fully adhered to.
“This policy is part of the Federal Government’s efforts to reduce the burden on subscribers and simplify the exercise. It’s aimed at enabling telecommunications service users who need to replace their damaged, stolen or misplaced SIMs to re-establish access to telecom services.”
The Nigerian Communication commission further warned against non-compliance by network operators stating that any operator that doesn’t comply would have its operating licenses withdrawn.
Nigerian communication commissionNIMCNINSim card registration
Share
0
FacebookTwitterPinterestLinkedinRedditWhatsappTelegramViberEmail