Don Davis Opens up, Explains how he was assaulted by Senior students at Deeper Life High School 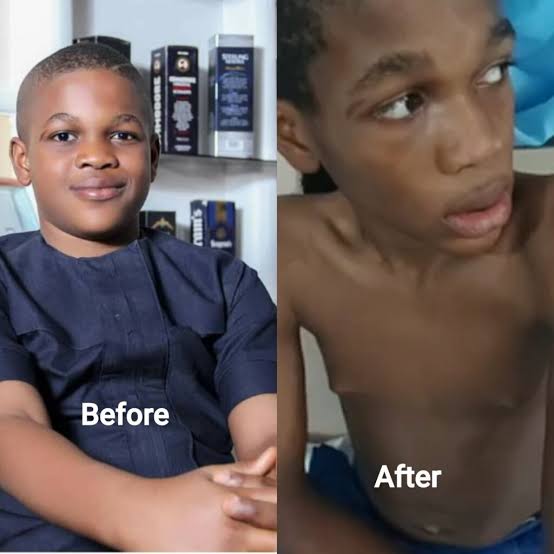 According to reports reaching Oyogist.com, Don Davis, a Jss1 student of Deeper Life High School who was allegedly assaulted by some students of school has finally opened up concerning the awful ordeal he passed through in the school.

Davis spoke in an Instagram live video with his mom, and has now gained massive weight weeks after he returned back from school, oyogist.com observed.

Davis confirm that he was sexually abused by two (seniors) students in the boarding school.

He further revealed that he was always sent back during meal times, on a regular interval by Mr Akpan, who would always send him to bring something after which no food would be left for him to eat.He said the two SS1 students who always molested him were SHALOM and OLA.

Amotekun arrests 10 suspects across Oyo State during the festive period