OYOGist.com has learned that Pastor Femi Atoyebi, a pastor and founding partner of the law firm, Femi Atoyebi & Co has said there were so much misconceptions about the CAMA Act to the extent that most church leaders believes that the government has plans to tax the churches with the introduction of the Act.

This, according to the erudite lawyer, and a former Pastor-in-charge of Redeemed Christian church of God, Region 19, is far from the truth . He said there is nothing to fear about CAMA.

“I have seen and read some distortions on the relevant provisions to the effect that the churches would be liable to taxes, but I cannot find any such provision in the Act. By law, non-profit organisations are not taxable, whether that be a church, mosque, or whatever”.

Such misconception, according to Pastor Atoyebi, is borne out of ignorance on the part of Christian leaders. He advised that every Christian leader who has a contrary view about the Act to get a first hand knowledge of it instead of relying on others for enlightenment.

“I will suggest every Christian who has one misgiving or the other on the Act to go and read it , even if a layman, and if necessary, consult a lawyer. No one should rely on what someone’s views are, but we must educate ourselves so can proffer sound arguments on any point”.

Pastor Atoyebi said government intention about the Act is very clear and not ambiguous as many are made to believe. He said the fears are misplaced and unfounded as government does not have any ulterior motive to assume control of the churches as being speculated.

“The fears expressed by some sections of the Christian community is that section 839 of the Act is a surreptitious attempt by government to control the church and stifle it…..however, regrettably, I am unable to agree with the proponents of such theory…”

He said what the Act seek to achieve is to regulate the conduct of business of all classes including charitable organisations such as churches, mosques, clubs, NGO’s etc , as it is the responsibility of the government to do so.

In order to avoid any confrontation with the government, Pastor Atoyebi believes it behoves on the churches to self-regulate by being transparent and accountable in all its dealings.

“A time has come for the church to self-regulate its affairs by being accountable in matters of administration and finance, and to make its business transparent so that there would be no need to be regulated by the government”. OYOGist.com has learned that Pastor Chris Okotie, the Senior Pastor of the Household of God Church, has allegedly rejected the new guidelines issued by the Christian Association of Nigeria CAN, for th
Read More 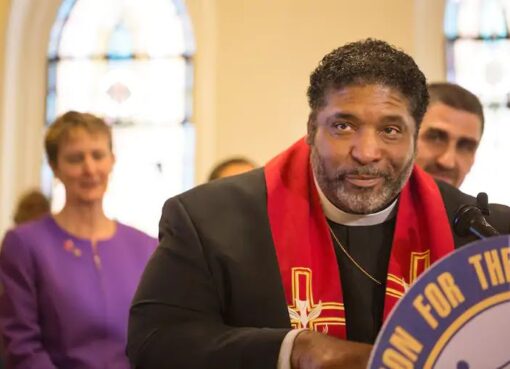 Oyogist.com has learnt that popular US Black Clergy, Rev. William J. Barber II, has been appointed to deliver the homily at the official inaugural prayer service of President Joe Biden at the Washingt
Read More Lorritha disclosed that she gave her life to Christ after a commercial motorcyclist preached to her while on her way home from the market. The Facebook user said she disposed her ‘worldly’ outfits aft
Read More