The Governor of Katsina state, Aminu Masari has lashed out at security chiefs for not doing enough to curb the widespread banditry plaguing the state, oyogist.com reports.

As seen on Channelstv , the Governor blamed the service chiefs for not conducting proper checks and assaults and cautioned against blaming the president, even as he has provided them with everything they need and done all he can to ensure peace in the region.

The governor made this remarks at the launching of a N10 million economic empowerment fund to assist over 1,000 women with another N7 million scholarship funds given out to support 701 students in Rimi Local Government Area of Katsina State.

The governor also mentioned that it is rather surprising that since all the service chiefs are Northerners, one must have thought the issue of banditry and terrorism in the region would be easily dealt with but it is very disturbing that the security chiefs have failed in their efforts to rid the region of criminality.

According to the governor, the criminals and bandits are all living with the people. He also said the citizens associate with the bandits and also know all of them, he noted that the bandits have farms, have families, and make purchases too so should not be seen as being invisible.

Recall katsina state, despite being the home state of the president has suffered one of the worst forms of raids and killings from banditry this year.

Just recently, killer bandits raided the Kurfi area of the state and abducted a 13-year-old girl earlier this month.

Katsina youths also, in various times have come out to massively protest against the incessant killings in the state.

The governors blame seem to corroborate the earlier accusations by the governor of Borno state, Babagana Zulum who has consistently blamed the military for not doing enough to curb the killings in the northeast.

There have been recent talks about the president overhauling the military hierarchy but that is still a mirage as at the time of this report.

This is hoping the president makes an immediate reforming policy in the military to further put a stop to this ugly killing. OYOGist.com has learned that as the Peoples Democratic Party, PDP governorship primary election draws nearer, a top gubernatorial aspirant on its platform Barr. Kenneth Imansuangbon has picked up the
Read More Gov. Zulum Reacts To The Ambush That Led To The Death of 15 Officers

The insurgents opened fire with machine guns and rocket-propelled grenades as the convoy was passing through a village close to the headquarters of the Multinational Joint Task Force, a military coali
Read More UN envoy says he hopes meeting in Switzerland to result in swift release of detainees. The United Nations envoy to Yemen has said the country's warring sides have begun talks in Switzerland on a
Read More 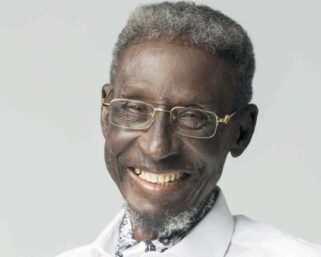