The Federal Capital Territory FCT Ministerial Enforcement Task team on COVID -19 Restrictions has sealed up the Jabi Lake Mall indefinitely for violating the Presidential Task Force’s directives on the ban on public gatherings.

Oyogist.com reports that despite the rise in COVID-19 cases, Nigerian musician, Azeez Fashola, popularly known as Naira Marley has come under intense criticism for performing at a concert that recorded massive attendance in the Federal Capital Territory, Abuja.

It was gathered that Naira Marley flew from Lagos to Abuja with Ex-BBNaija star, Kimoprah, despite the ban on interstate movement and flights.

The event which was meant to be a ‘drive-in-concert’ was held at the Jabi Lake Mall.

The musician was earlier arrested On April 6, 2020, for violating the lockdown rules by attending a house party organised by actress, Funke Akindele, and her husband Abdul Rasheed Bello.

He was later released after tendering a written apology to the Lagos State Government and an undertaking that he would henceforth comply with the government’s stay-at-home and social distancing directives; and that he would go into 14-day self-isolation, having attended a crowded birthday party.

However, Nigerians on Twitter have reacted to the current breach of the lockdown rules by the singer.

Deji Adeyanju said, “If Naira Marley gets away with this, all musicians should start doing concerts too and we should all disregard government directives and protocol on the COVID-19 pandemic.”

Another tweep, Aye Mojubar wrote, “Naira Marley had a concert in Abuja last night during a pandemic. There is actually something missing somewhere. If truly the youths are the hope of every nation, what’s your faith with this mindset?”

Woye1 tweeted, “Pls @hadisirika investigate the domestic flight that brought Naira Marley to Abuja. Was the flight for humanitarian/pharmaceutical issues @FAAN_Official. We need an explanation.”

The Nigerian entertainment industry has continued to make waves around the world. This is seen in how affectionately world-famous celebrities from Drake to Ciara to Beyonce all hold everything Nigeria
Read More 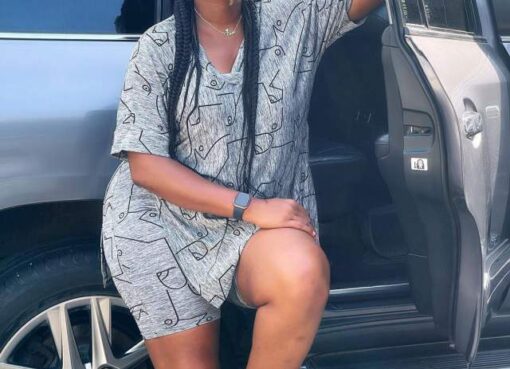 Oyogist.com has learnt that Elsie Okpocha, the wife of the popular stand-up comedian, Basket Mouth, has lambasted actress, Rosy Meurer for being ashamed to call Churchill her husband. It would be reca
Read More