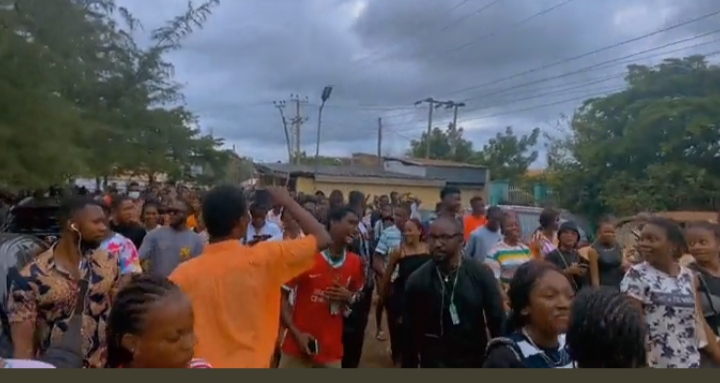 According to sources, officials of the commission had refused to release machines for PVC registration.

In a bid to know the actual reason for their refusal, several youths numbering over 100 stormed the commission’s head office in Enugu.

As seen in a video obtained by oyogist, upon their arrival, some able bodied men who came with them were sent into the office directly.

However, they were denied access into the premises, but this didn’t stop them, as they continued to force their way through.

Monster Energy Begins Audition for ‘Battle of The Moves’ Dance Contest, Here’s How You Can Apply