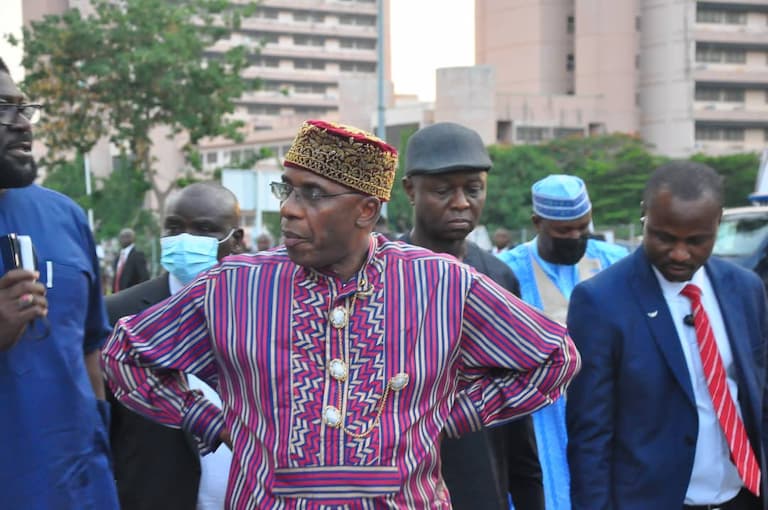 The Ex. Minister arrived the venue alongside his entourage.

Unfortunately, he was told to leave the premises by members of his own party.

Recall the former transportation Minister had previously engaged in a heated argument with some agents at Eagle Square, Abuja, the venue of the convention of the All Progressives Congress (APC).

Amaechi, who is one of the presidential aspirants of the ruling party, was seen raising his voice over an issue.