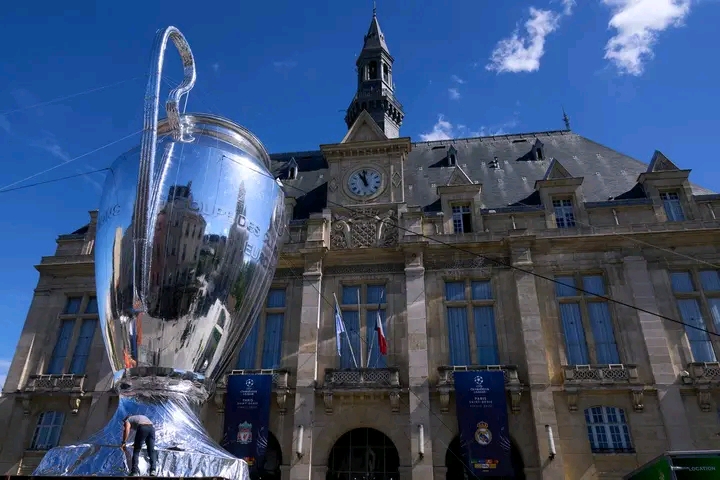 Photos of the stadium which were shared on Liverpool FC Official page few minutes ago showed some unique scences, as all is now set for the final between Liverpool and Real Madrid, Oyogist reports.

Meanwhile, Real Madrid has released its official squad list for the finals, with the Likes of Hazard, Rodrygo and Karim Benzema gracing the list.

However, their opponent, Liverpool are currently in high spirits, as they look forward to match day.