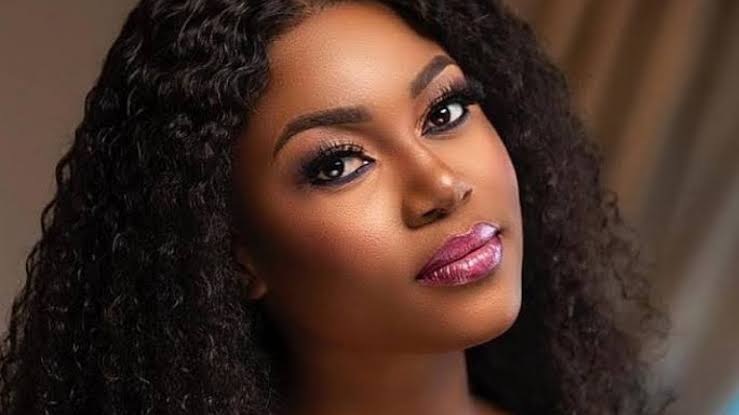 Popular Ghanaian actress and movie producer, Yvonne Nelson has stated that it is better to have kids with someone that you don’t love, oyogist reports.

Giving her reasons, Yvonne said it is more appropriate and safer to have a child with someone you are not emotionally attached to or in love with.

The single mother of one said this in a recent interview with Hitz FM and according to her, having a child with someone you are in love with can bring about emotional predicaments and woes especially, in cases of infidelity.

She said, “I feel like when you wanna have a kid, it should be even with someone you are not in love with because the moment the sole-called husband goes to cheat, you will catch feelings and start going mad”.

Explaining further, the actress said in cases where the couple is not in love with each other but has a child together, their actions and infidelity will not affect each other because it is going to be like a friendship between them even though they have a child together.

Yvonne also added that she is ready to have a second child with any man who is capable and ready to take responsibility but that would not happen because they are in love with each other, hence the decision to have a child will be based on a mutual agreement and respect.

She further cited that people rant on social media and attack their partners because of the love they had for them that has been disrupted for one reason or the other.