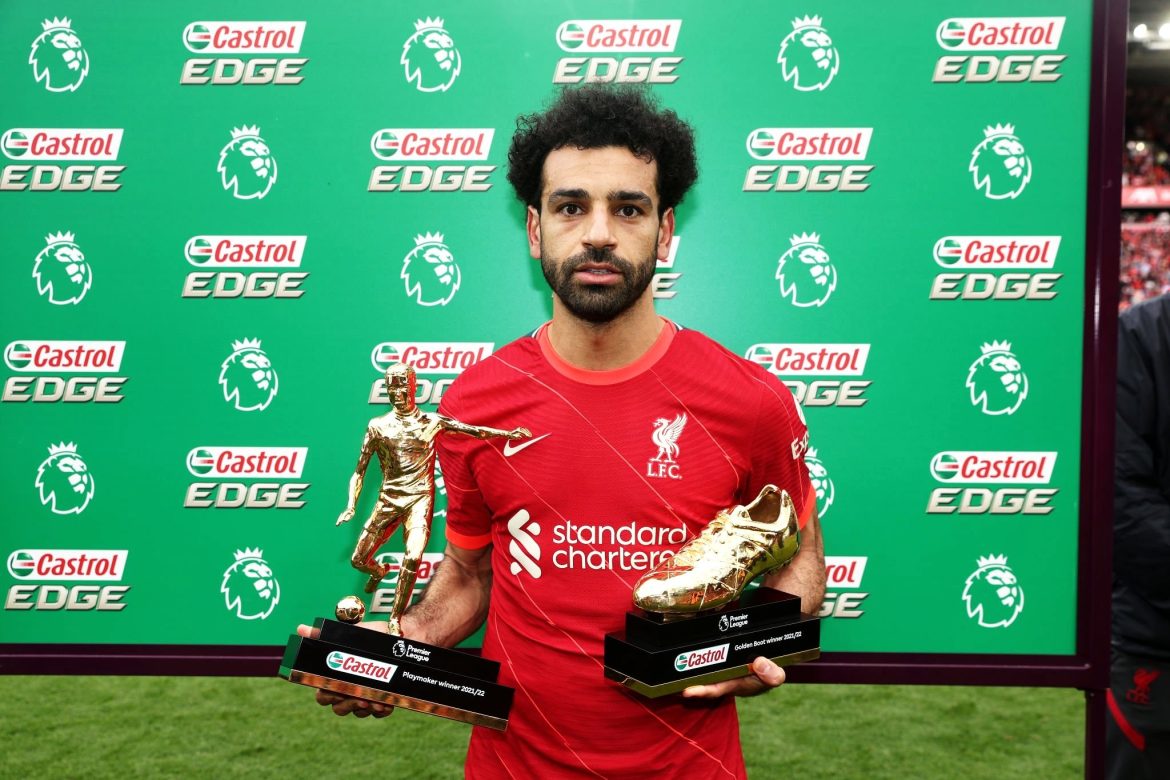 Mohammed Salah has once again reached a milestone in his career as he bagged both Golden Boot And Playmaker Of The Season Award in the England Premier League, Oyogist reports.

The award was presented to Mo few minutes ago, shortly after the reds lost the title race to Manchester city.

Although Salah had entered a goal drought in his previous matches, the Egyptian star secured a goal for the reds in their 3-1 victory against Wolves.

Meanwhile, ruling Champions, Manchester City were crowned Winners of the 2021/2022 EPL a few minutes ago.

Salah is also one of the top performers in the Champions League. He has scored eight goals and set up two in the European competition so far.