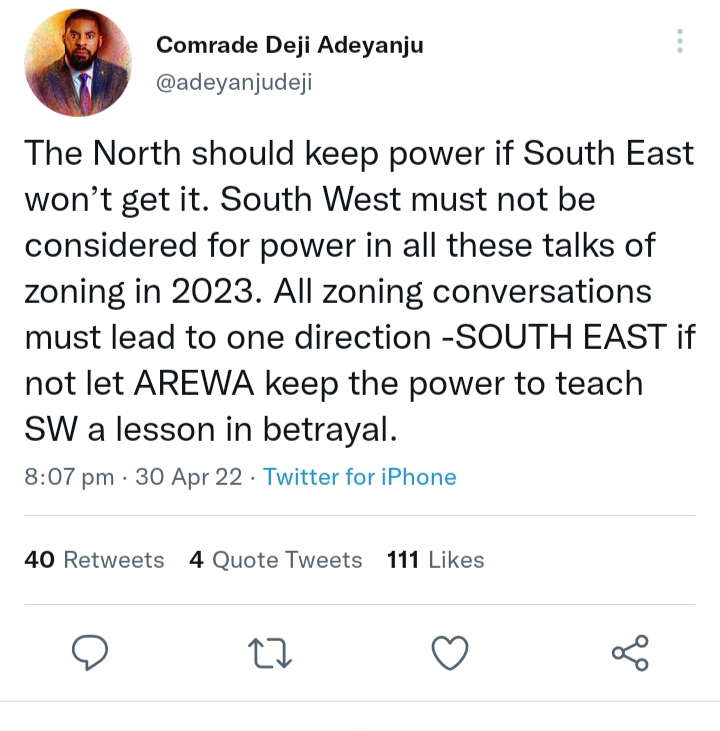 He disclosed that power should be given to the south East this time around, or else be retained by Arewa (Northern Nigeria.

He further berated those who are considering zoning to the South West, stating that the region had produced a vice president for eight years, thus shouldn’t produce the next president.

“The North should keep power if South East won’t get it. South West must not be considered for power in all these talks of zoning in 2023. All zoning conversations must lead to one direction -SOUTH EAST if not let AREWA keep the power to teach SW a lesson in betrayal.