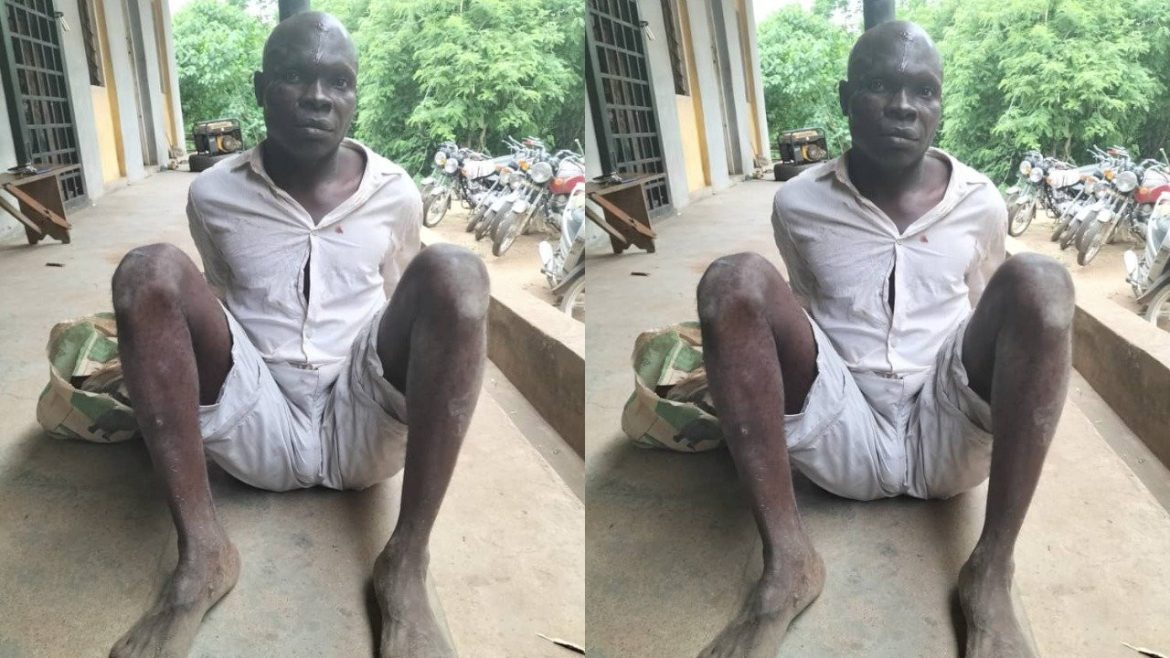 Oyogist has learned that Operatives of state government-owned security outfit, the So-Safe Corps on Tuesday morning, April 26, arrested a mortuary attendant identified as Kushimo Lukman in Abeokuta, Ogun State capital for allegedly cutting off the head of a deceased boy.

So-Safe Corps spokesman, Moruf Yusuf disclosed that Lukman who resides at 9 Abule Oloni, Oke Yidi, Abeokuta, was arrested by officers of the agency, while on routine patrol.

The suspect was nabbed after he had allegedly beheaded the corpse of a male minor at the Oke Yidi cemetery in Abeokuta.

The spokesperson said Lukman has confessed to the crime and it was also learnt that “the beheaded corpse was brought to the cemetery from the Federal Medical Centre FMC, Abeokuta, after he died due to complications from a kidney disease.”

According to Yusuf, Lukman said that the parents of the boy who came from Ibadan, sought his assistance as a mortuary attendant to get the body buried, adding that he buried the boy’s body inside the cemetery, in the presence of his parents at about 19:00hrs on Monday.

“He however went back to the cemetery at 6 am on Tuesday, severe the head of the buried boy, and he was caught after a fierce fight with the So-Safe officers, who later overpowered him.”

The suspect confessed that the fresh head was requested for by one Chief Ifalonishe (AKA Lanroye) at the rate of N50,000. It was supposed to be delivered to him at a designated point within Abeokuta.”

Yusuf said The security operatives are now carrying out an investigation to arrest other suspects linked to the crime.

Everyone Has An Agenda For Getting Married- Actress Yvonne Nelson