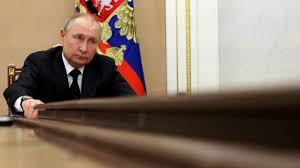 Oyogist has learned that not less than 800,000 people has signed an online petition demanding Russian President, Vladimir Putin to face immediate trial over his decision to invade Ukraine.

The petition, which was named ‘Put Putin on Trial’ went live on March 14 and is being supported by people from every continent.

The organisers hope that one million people will add their names to the list.

Russia has faced heavy international criticism since launching their unprovoked attack on Ukraine which as seen their military deliberately targeting civilians.

Among the targets hit by Russian missiles and artillery are hospitals and apartment complexes.