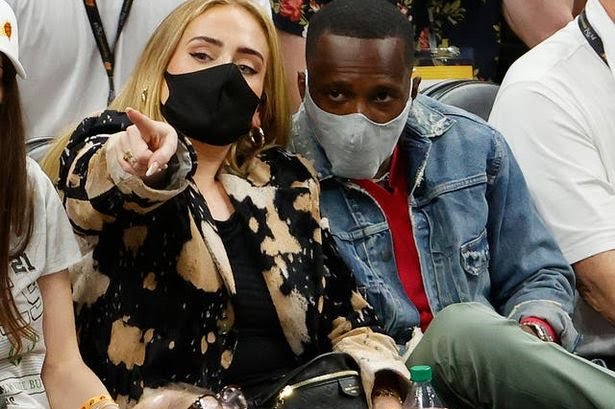 Oyogist has learned that Singer, Adele has reportedly been staying at boyfriend Rich Paul’s Beverly Hills mansion while she attempts to fix their relationship.

“Adele is staying at Rich’s house in Beverly Hills just trying to fix their relationship because things have become strained.

“They barely saw each other at the beginning of the month because he was away for work and she was trying to focus on the Vegas show.”

The source added: “She was upset he couldn’t be there with her when things started falling apart with the residency and it made things difficult for them both.”She needed him there, but he couldn’t because he has his own busy career too.”

The source concluded to the newspaper: “It was a very emotional and stressful time for her. Now they are spending some quality time together to try to save things.”They really like each other but it’s been a tough few weeks.”