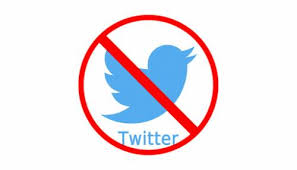 Oyogist.com has learned that the ECOWAS Court of Justice in Abuja has adjourned judgment for a suit instituted by the Socio-Economic Rights and Accountability Project (SERAP) on the Twitter ban to February 16, 2022.

The suit was earlier fixed for Monday January 31, 2022 but had now been rescheduled for a later date.

The President Muhammadu Buhari administration had filed an application asking the ECOWAS court to strike out SERAP’s suit.

SERAP confirmed the application on Thursday, saying the government had argued that the suit was no longer necessary, considering the fact that the ban on Twitter had been lifted.

However, the civic group said it would file a response for the court to dismiss the application by the Nigerian government as the hearing comes up next Monday.

The tweet reads, “The Buhari administration has just filed an application asking the ECOWAS court to strike out our suit on Twitter ban, saying that the ban has been lifted.

“The suit is fixed for judgment on Monday. We’re filing a response ASAP for the court to dismiss the application.