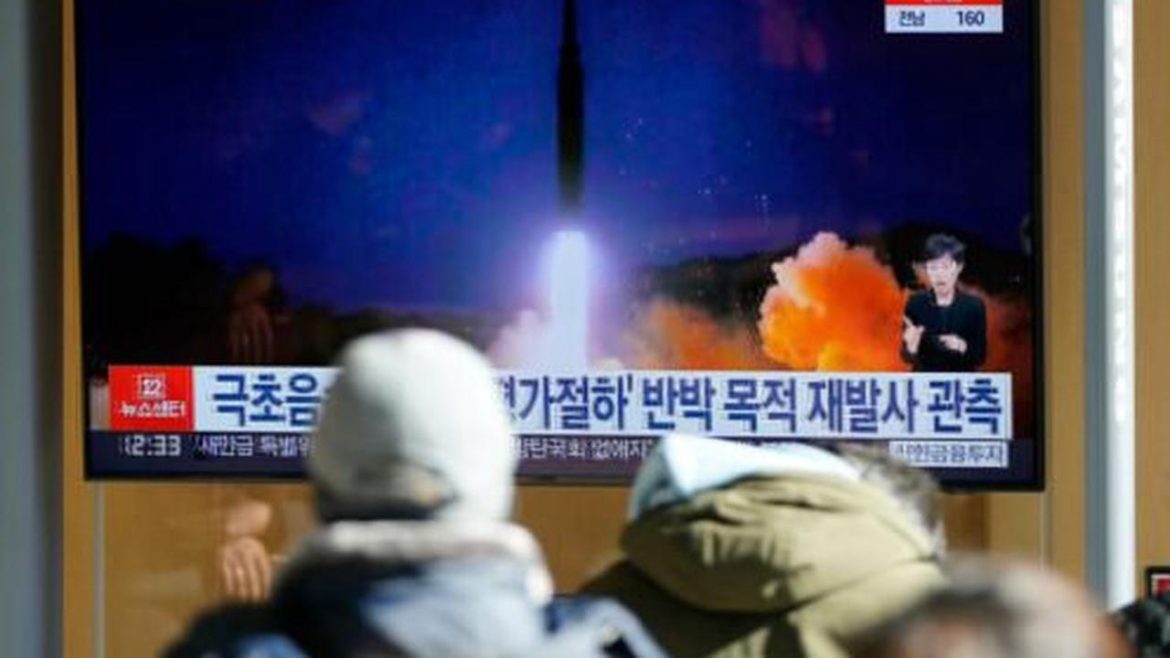 According to report reaching oyogist.com, the United States imposed sanctions Wednesday on five North Koreans linked to the country’s ballistic missile program, a day after Pyongyang carried out what it said was the launch of a hypersonic missile.

The Treasury Department said the five North Koreans being sanctioned were “responsible for procuring goods for the DPRK’s (North Korea’s) weapons of mass destruction and ballistic missile-related programs.”

“Today’s actions, part of the United States’ ongoing efforts to counter the DPRK’s weapons of mass destruction and ballistic missile programs, target its continued use of overseas representatives to illegally procure goods for weapons,” Under Secretary of the Treasury for Terrorism and Financial Intelligence Brian Nelson said in a statement.

The latest launches “are further evidence that it continues to advance prohibited programs despite the international community’s calls for diplomacy and denuclearization,” Nelson said.

North Korean state media reported on Wednesday that the country’s leader, Kim Jong Un, personally oversaw the successful test of the hypersonic missile, the second such launch by the nuclear-armed nation in less than a week.

State news agency KCNA said the most recent test demonstrated “the superior maneuverability of the hypersonic glide vehicle.” It claimed it hit a target some 1,000 kilometers (620 miles) away.

“The United States remains committed to seeking dialogue and diplomacy with the DPRK, but will continue to address the threat posed by the DPRK’s unlawful weapons programs to the United States and the international community,” it said.

Danger Averted as Over 20 Corps Members Exit A Burning Bus Through the Window...