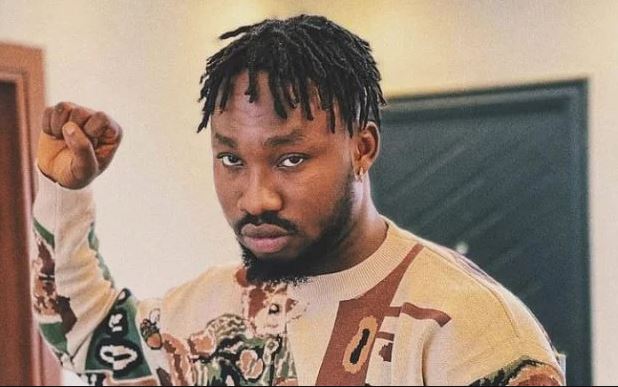 Oyogist has learned that the economic and financial crimes commission (EFCC) has confirmed the arrest of a popular skit maker, De General for unlawfully possessing some hard drugs.

De General, whose real name is Sunday Martins, went live on his official Instagram page during the visit.The incident was confirmed by the NDLEA spokesperson, Femi Babafemi.

Babafemi wrote “He’s a skit maker. Drugs were recovered from his house. We will issue a detailed statement on the arrest shortly.”

They eventually man handled the comedian who refused to stop making a video record of the presence of the officers.

One of the officers in the video had smashed de general’s phone while another was talking to him.