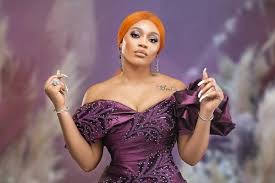 Oyogist.com has learned that BBNaija shine ya eyes housemate, Beatrice Nwaji has bought herself a new car.

This was announced by her Friend fellow housemate, Angel Smith who congratulated her on Instagram.

“@beatriceofficial_ congratulations on your new car baby. I’m proud of you.”

The 21-year-old further noted that she was happy that girls were buying cars for themselves, adding that there was nothing better than women who had their own cars.

“All the girlies are buying themselves cars and I love that for them, to be honest. Nothing better than women in their own rides,” she wrote.

Confirming the news, Beatrice shared Angel’s posts on her own story. She also posted other congratulatory messages on the new car.