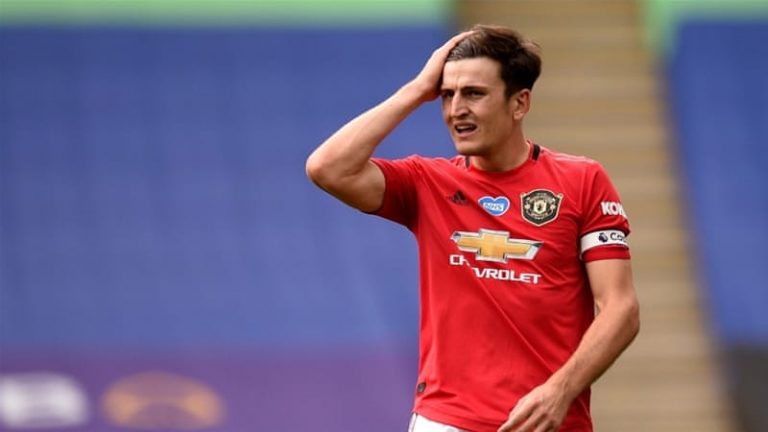 Oyogist has learned that Manchester United captain, Harry Maguire has insisted that the players must take responsibility for their struggles this season.

Maguire has admitted that United’s players are responsible for the crisis that has engulfed Old Trafford – not beleaguered boss Ralf Rangnick.

Maguire said: “He (Rangnick) has made an impact – we win together and lose together. The manager is there to set us up tactically, which we absolutely take on board. His detail and preparation is enormous. We’ve got full respect and trust in his methods.

“Yes, it’s difficult when the coaching team changes mid-season, like it does at loads of clubs. But I will say it again: it’s down to us as players. The quality and leaders are in the team to ensure we finish the season in the top four and with a trophy.”

“I was once addicted to pornography and Promiscuity – Singer, Banky W