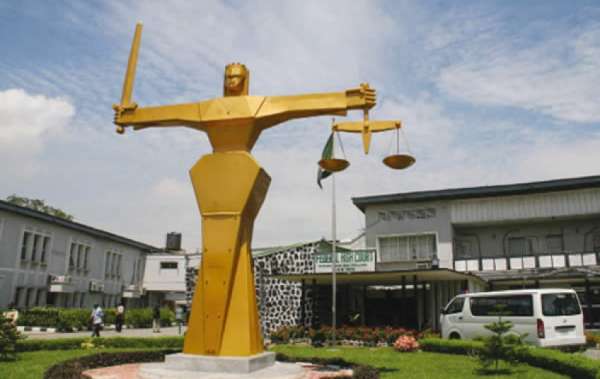 Oyogist.com has learned that the Court of Appeal headquarters in Abuja on Thursday locked out workers who showed up late for work.

This was following the directive of the President of the Court, Justice Monica Dongban-Mensem.

It was gathered that this was as a result of low turn out of workers at the official resuming time of 8am, many of the workers who were still in a holiday mood, strolled in at 10am while some others are believed to have travelled to their hometowns without permission.

Justice Dongban-Mensem was said to have ordered that all those who came late be locked out while those present were to sign an attendance register.

Those absent will be issued queries.One of the employees at the court said, “Justice Dongban-Mensem did something similar during the Sallah but a lot of Muslims accused her of being too harsh. So, she is also doing it now during Christmas so that they will know she is not partial.