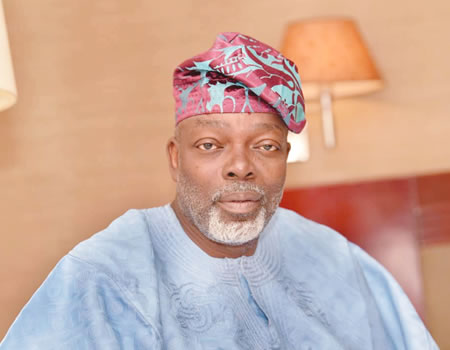 According to report reaching oyogist.com, former Chief of Staff to Governor of Oyo state, Chief Bisi Ilaka has declared his intention to represent the Oyo Central Senatorial District at the National Assembly, Abuja in 2023.

Ilaka who was the candidate of the People Democratic Party, PDP for Oyo Central Senatorial District in 2019 made this declaration on Tuesday, at the Omituntun House in Ibadan, the state capital.

He said he saw his declaration as the beginning of rescue mission in alignment with the thoughts of the PDP to rescue this nation from the Buhari led-administration he referred to “clueless”..

His words “I want to thank all our executive members and everyone here, who have come for this event where I properly want to declare my interest in the senatorial race of Oyo Senatorial District. Let me appreciate the fact that those I am seeing here are familiar faces we have done things together before in all our zones in the state. So, from here we go again.

“We are here today because I see this as the beginning of a rescue mission in alignment with the thoughts of our great party, PDP, to rescue this nation from the throes of a clueless administration that has ravaged the length and breadth of this nation. So, I want to say that the years of the locust in Oyo Central Senatorial District will be over.”

Ilaka who’s also the Ladilu of Oyo said he had studied the 2019 election results and discovered where more works need to be done to be victorious.

Having studied the resuls, he said that he was trying to put in place an all-inclusive structure hoping that they will get to the promised land together.

He said: “The last election in 2019 was pretty tight for us because I think we bore the brunt of the disunity in our own side of the divide. The first election, which is that of Presidential, was pretty disastrous in the sense that they claimed we lost by 7,000 thereabouts, which still remains one of the miraculous things I have ever witnessed. Anyway, it was a complete travesty. But as a senatorial candidate then, I was ahead of all our members of House of Representatives, which is not supposed to be like that.

“So, we want to change the narrative from today, and that is why we are trying to put in place an all-inclusive structure, which will include our executive chairmen party chairmen and those who have come a very long way with me. And I know we will all get to the promised land together.

“Those who have spoken before me harped on unity and I want to encourage us to roll up our sleeves now for the work ahead. We want to reach every nook and crannies of this senatorial district because we are aligning with our party’s agenda, aimed at rescuing Nigeria. So, let us be part of the rescue process in the state and South-West at large.

“We do not want to be left wanting and that is why we are quickening up the process. In fact, we all know that there is no any other party in the state except the PDP. So, we will be sitting from time to time to get feedback from your different zones.

“This is also a very fine moment in this nation. We know we have national challenges and there will be a process that will probably include restructuring of how we choose to live in this country. Until we have justice, fair play and equity, our challenges will remain the same. So, I put myself forward as usual and I know that this time around, we will all be victors.”

“Please, let us join hands together on this request and rescue our senatorial district. Let us in hands with our governor in salvaging our nation. Let us go back to our different local government areas and I can assure you that I will be there for you on whatever you need.”