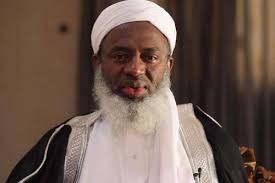 Controversial Nigerian cleric, Sheikh Ahmad Gumi has said his senior brother was kidnapped by bandits and he had to pay a ransom to get him released, Oyogist.com reports.

Gumi revealed this in an interview as he responded to critics who clamoured for his arrest for making case for bandits and for visiting them in their forest conclaves.

He called the critics clowns and said he had also been a victim of the bandits on several occasions.

“Also in our mosque, we have paid ransom. Even now, somebody is asking me to assist him to pay ransom. Our family driver who happens to be our relative, his son, a private soldier, was killed by bandits. So how I can support such people?,” Gumi told Premium Times.

The Islamic cleric who said his efforts with bandits have been sabotaged recently said he has quit meeting with bandits because it will be dangerous for him to continue to engage with them.

Gumi described those calling for his arrest as not different from bandits stressing that it is a constitutional right for someone to express his views.

“The cleric said his efforts is to prevent banditry in his own way stating that he has also been a victim of banditry.

‘These people calling for my arrest, I don’t see them different from the bandits. To say that I am supporting or sponsoring bandits is malicious. I am just trying to cure them in my own way. I am trying to prevent it my own way and I have seen how my little efforts have helped.

‘I just have a different perspective in addressing the issue. But to encourage them? No. To help them? No. It is impossible. I am also a victim of banditry”

Yuletide: Police ban use of fireworks and explosives in Imo