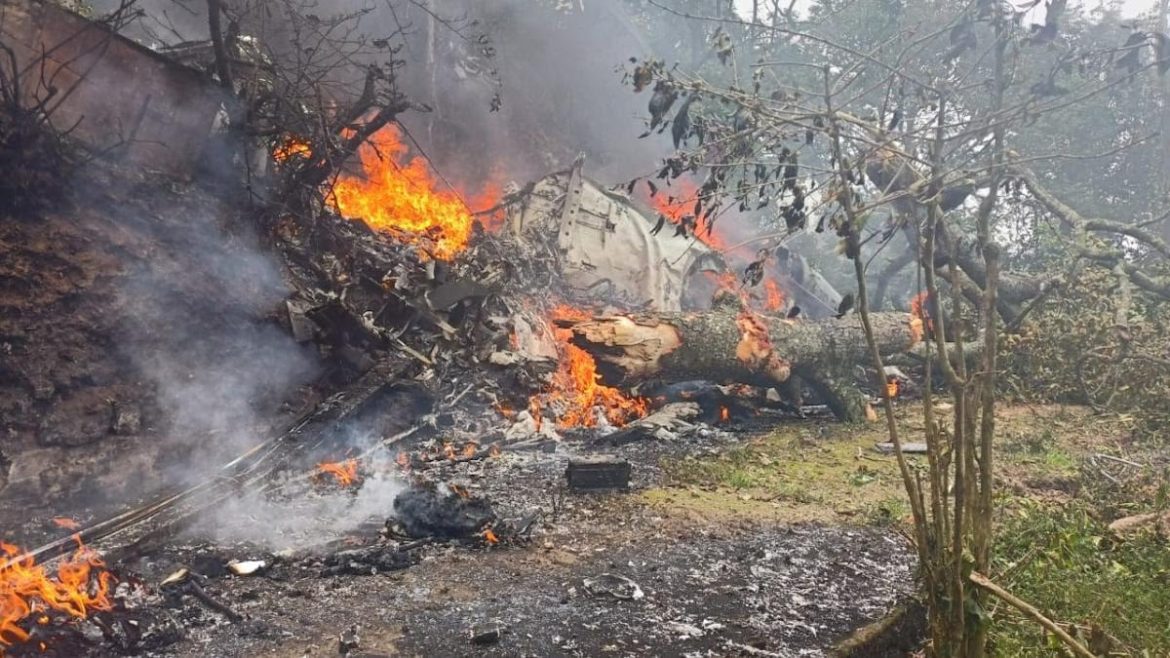 The defence chief, 63, his wife alongside several other officers were among 14 passengers and crew on the chopper, which took off from Sulur Air Force Station on Wednesday afternoon, according to local media reports.

Rawat was travelling to the Defence Services Staff College in Wellington in the Indian state of Tamil Nadu to deliver a lecture when the helicopter crashed in Coonoor, which is on the flight path.

Photos which surfaced online showed a fiery wreck at the crash site in a dense forested area the Nilgiris district. Four people have been confirmed dead. 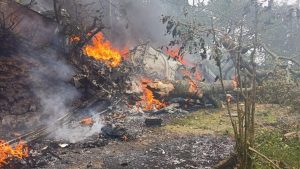 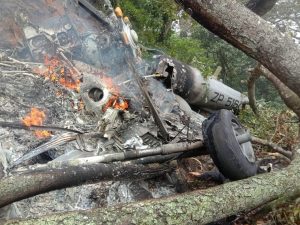