Copyright 2021 - All Right Reserved
Home InternationalAmerica Popular American Pastor, Joel Osteen Is Questioned By Police After Plumber Discovers Bags Of Cash And Cheques Stashed In 500 Envelopes in Bathroom Wall Of His Church
America

Popular American Pastor, Joel Osteen Is Questioned By Police After Plumber Discovers Bags Of Cash And Cheques Stashed In 500 Envelopes in Bathroom Wall Of His Church 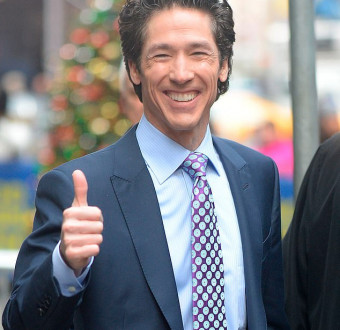 Oyogist has learned that Joel Osteen a renowned pastor of Lakewood Church, America’s largest church has been questioned by police after ‘bags of cash and checks were found in over 500 envelopes in a bathroom wall at the church.

A plumber, known as Justin, who was called for a brief repair in the church called into a Houston radio morning 100.3 to tell them about his shocking discovery.

Justin said he arrived at the Church, to fix a broken toilet.

‘There was a loose toilet in the wall, and we removed the tile.

“We went to go remove the toilet, and I moved some insulation away and about 500 envelopes fell out of the wall, and I was like ‘Oh wow!”

Houston police say that cash and checks were found in the wall, and that they talked to ‘everybody associated with the building’ they were able to contact.