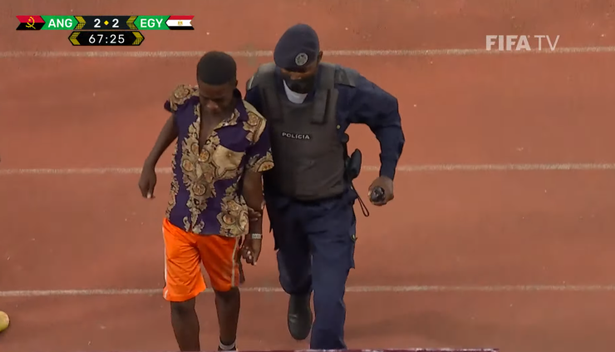 Egypt came from 2-0 down to draw 2-2 in Luanda and reach the next round of qualifying for the 2022 World Cup in Qatar.

On three occasions supporters managed to get into the pitch and reach Salah before being taken away by stadium security.

Salah showed great resilience in the comeback, first cutting the ball back for Arsenal midfielder Mohamed Elneny to find the top corner on the stroke of half-time.