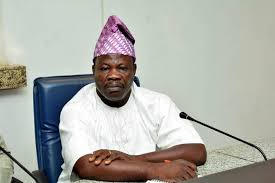 Oyogist.com has learned that Soji Amosu, Chairman of the Nigeria Union of Journalists, Ogun State Chapter, is dead.

He reportedly died on Sunday morning after a brief illness.

Amosu worked with the National Orientation Agency, NOA until his death.

He described his death a shocking and an irreparable loss.

The deceased, who hailed from Oke-Ore, Yewa South Local Government area of Ogun State, was born on June 22, 1968.

He was a graduate of Mass Communication at the Moshood Abiola Polytechnic and was elected the Chairman of the Ogun NUJ in 2019.

Before he emerged as chairman of the union, he had earlier served as Secretary or the Union for two terms.

He is survived by his wife and children.