Pero Adeniyi sues Annie Idibia for N500m, demands apology over defamation of character and libellous online publication against her 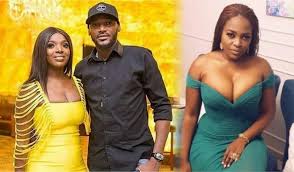 Pero Adeniyi, the baby mama to Nigerian singer 2face Idibia, has sued his wife Annie Idiba for N500m over defamation of character and libellous online publication against her, Oyogist.com reports.

This is coming few hours after Annie Idibia took to her Instagram page to tender an unreserved apology to her husband, 2Face Idibia, her mother, her mother-in-law, family members, and all who might have been let down following her outburst on social media in September this year.

Recall that in early September, Annie called out 2face for hanging out with his baby mama, Pero Adeniyi, while he vacationed in the US and also called out 2face’s family as she claimed they haven’t ever accepted her into the family.

Pero Adeniyi filed a petition to Annie Idibai, demanding an apology and compensation of Five hundred million Naira for the personal emotional distress, damages, embarrassment, shame, and emotional distress suffered due to malicious and defamatory publication against her.

Adeniyi’s solicitors, Okonjo Odiawa & Ebi, in the petition written on her behalf, described Annie Idibia’s outburst on Instagram as claims as malicious, disparaging and false informationof a defamatory nature to Pero Adeniyi, which subjected her to online bullying.

Pero also demanded a retraction of allegations by Annie on all her Instagram pages within 72 hours and additional N500m compensation for reputation damage.

See pictures of the lawsuit below;