I don’t believe in heaven or hell – Samklef 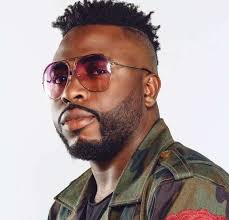 Talented Music producer, Samuel Oguachuba a.k.a Samklef has revealed that he doesn’t believe in heaven or hell, Oyogist.com reports.

In his post via his Twitter, Samklef further revealed that he believes in heaven on earth and if “God is the same yesterday, today and forever”, then humans are the same.

But I believe in heaven on earth.

If God is the same yesterday today and forever so are ye.

Bright star from the east.”