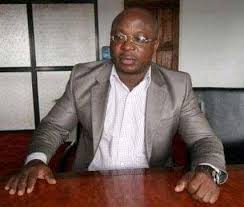 Ogeh, who was also a former Commissioner representing the Isoko ethnic nationality on the board of the Delta State Oil Producing Areas Development Commission, DESOPADEC, it was gathered, died in the early hours of today at his Warri residence.

A Peoples Democratic Party, PDP, chieftain and very close associate of Ogeh who confirmed his passage, said he was hale and hearty as at Saturday night and had concluded plans to host a political meeting at his Oghara-Iyede, Isoko North Local Government Area, residence today.

“He was hale and hearty, but he just went unconscious. A general meeting of the Unity Group was supposed to be held in his residence in Iyede. He had paid the caterers, paid for drinks, canopies and chairs. He had made arrangement for everything,” he said.

Iteire in a statement by his Chief Press Secretary, Ajirioghene Oreh, said “His death is a devastating blow which diminishes humanity. He was an Iroko and his death is a colossal loss to the Isoko nation”

He said Ogeh was a “dedicated leader and member of the ruling party in the State, the People’s Democratic Party, and he played crucial roles in galvanising and mobilising the people of Isoko North politically”.

Osinbajo to represent Buhari at ECOWAS summit in Accra