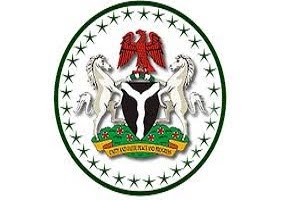 According to reports reaching Oyogist.com, the Federal Government has extended the deadline for linkage of National Identity Numbers (NIN) with the Subscribers Identity Module (SIM) card again.

FG also urged residents to complete the process of the linkage “before the end of the year 2021.

The Minister of Communications and Digital Economy, Prof. Isa Pantami, disclosed this during a press release in Abuja.

The statement reads: “The decision to extend the deadline was made further to appeals by the Mobile Network Operators and other industry stakeholders, soliciting for a further extension to ensure better compliance with government’s directive and to avoid widening the digital divide.

”It explained that the extension would also provide the enabling environment for the registration of Nigerians in remote areas, Diaspora, schools, hospitals, worship centres, as well as foreigners, diplomatic missions and those in other areas hitherto unreachable, and increase enrolments in countries with a significant number of Nigerians.

It added: “The review of the progress of the exercise indicated that over 66 million unique National Identity Numbers (NIN) have been issued- an indication of progress achieved in the ongoing NIN-SIM linkage.

“However, a significant part of the populace is yet to be registered into the National Identity Database (NIDB), which may be due to some challenges which the Federal Government has looked into and has made efforts to alleviate, hence the need to extend the deadline.

“As of October 30, 2021, there were over 9,500 enrolment systems and over 8,000 NIN enrolment centres within and outside the country- this has significantly eased the NIN enrolment process and subsequent linkage of NIN to SIM.