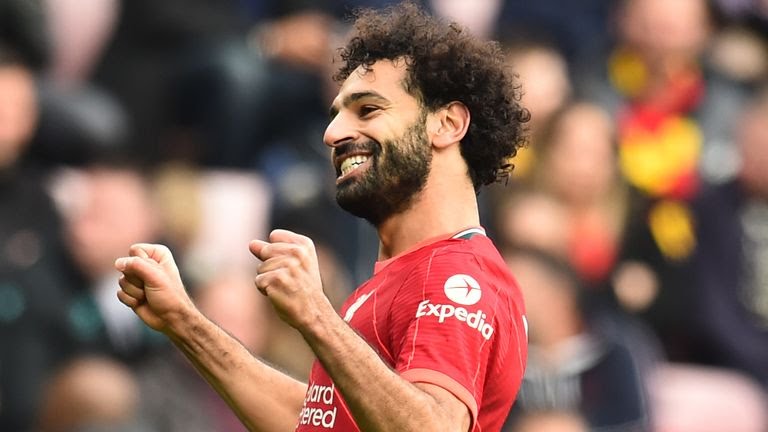 Liverpool manager Jurgen Klopp has stated that Mohamed Salah is the best player in the world presently, after the Egyptian performed extraordinarily well in Saturday’s 5-0 win over Watford.

After scoring one of the most memorable goals of recent years in the draw with Manchester City two weeks ago, Salah was at it again at Vicarage Road, scoring a breathtaking effort and assisting two other goals in the 5-0 win over Watford.

It was Salah’s 10th goal of the season – he has scored in Liverpool’s last eight games, making him the highest scoring African in England Premier league history. Read Here

Jurgen Klopp was in a good mood as he showered praises on Salah and several other players, describing him (Salah) as the best player in the world.

He told BT Sport: “His performance was massive today. The pass for the first goal was great and the second goal was special. He is top. We all see it. Who is better than him? We don’t have to talk about what Messi and Ronaldo have done for world football and their dominance. But right now, he is the best.”