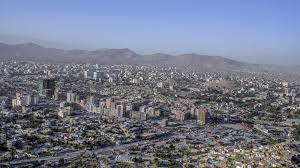 Oyogist has learned that A bomb targeting a mosque in Kabul has killed several civilians, a Taliban Spokesperson confirmed.

The bomb reportedly hit a mosque where a memorial service was being held for Taliban member Zabihullah Mujahid, killing many and injuring several others.

No one has yet claimed responsibility for the bombing, but attacks against the Taliban in Afghanistan by Islamic State militants have become more frequent than ever.

Attacks in Afghanistan against the Taliban by Islamic State (IS) militants have increased since the Taliban swept to power in mid-August.

The number of casualties from the Kabul Mosque explosion is yet to be ascertained as at the time of filing this report.