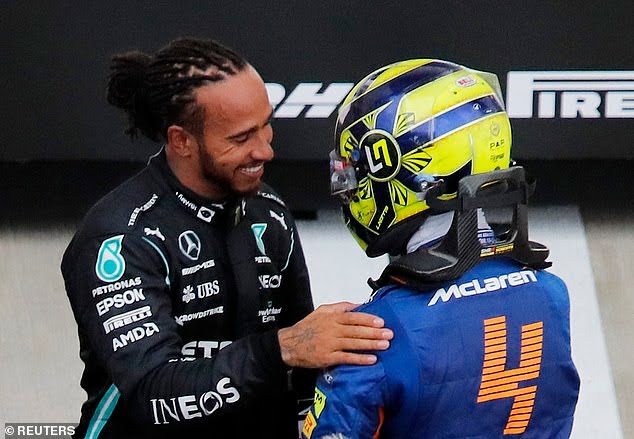 Norris was poised to win the race due to his driving skills, until rain fell and he opted to remain on dry tyres.

The conditions worsened and he slipped off track, letting Hamilton go past.

Hamilton won easily in the end with Max Verstappen, who started last, taking a remarkable second place, 53 seconds back. That means Hamilton leads the drivers’ standings by two points with seven races remaining.