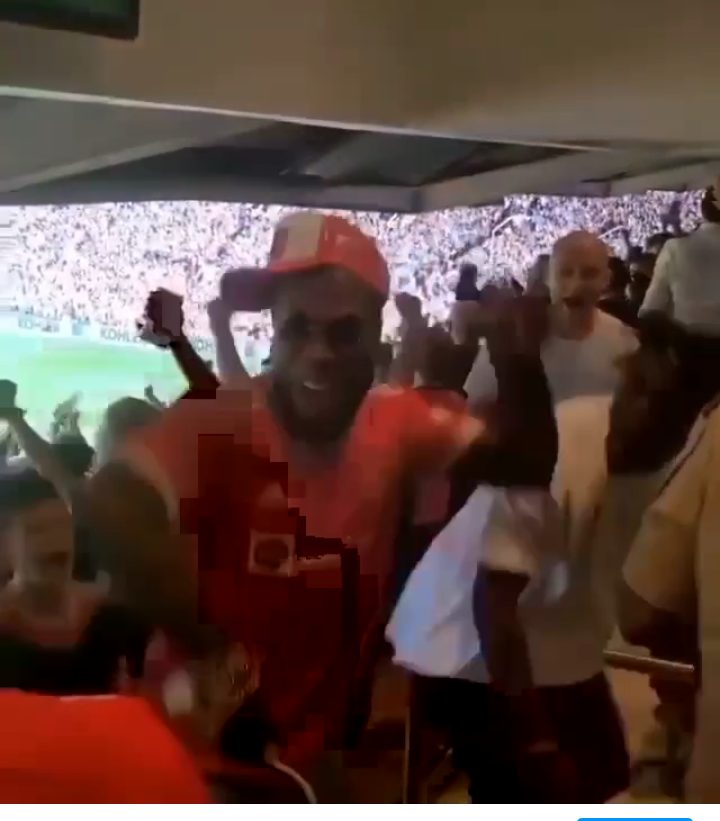 Ronaldo had netted in the ball from the penalty area, as fans cheered the player.

Burna boy, had earlier Disclosed that he would be travelling to Manchester to show support for Paul Pogba, who has been a “Brother’ to him.

The Grammy award winner Posted a video of himself at the stadium earlier today, and shared the 10 seconds clip on his official Instagram page.

Ronaldo so far has emerged among the top 5 goal scorers in the England premier league, just two days After his historical debut at the club.