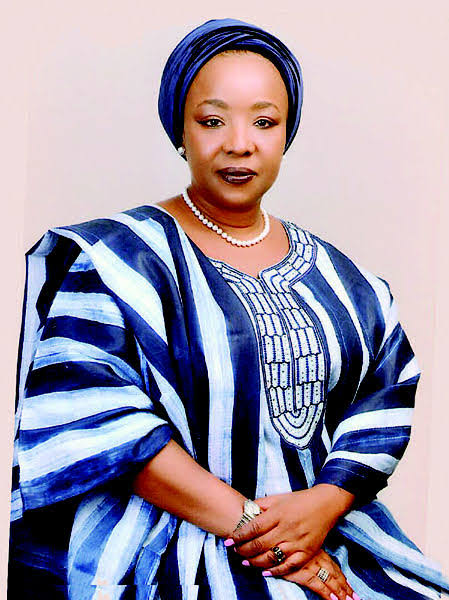 In the goodwill message released by his special adviser, Femi Adesina, Buhari described noted her good historic leadership role and also praised her for her kind heart.

President Muhammadu Buhari sends warm greetings to Minister of State, Environment, Sharon Ikeazor, on her 60th birthday, August 28, 2021, joining family and friends to celebrate with the lawyer and management consultant, whose sacrifice and investment in the country continue to inspire the younger generation.
The President notes the historic leadership role provided by the minister when she was Executive Secretary of Pension Transitional Arrangement Directorate, humanizing operations of the outfit, re-energizing members of staff and bringing succour to many retirees, who were almost losing hope.
President Buhari affirms that Ikeazor’s kind heart and charity are easily revealed in her work, and guide her disposition of pursuing greater good for the majority, employing her wealth of knowledge from years of working in both national and international institutions to serve the needs of ordinary citizens, particularly women and the girl-child.
As the former National Woman Leader of the Congress for Progressive Change (CPC) and All Progressives Congress (APC), who is on the Board of Trustees of the party, turns 60, the President believes Ikeazor’s contributions to the political and economic development of the country will always stand out, commending her foundation, The Wakiliyan Mata Empowerment Initiative, which caters for Internally Displaced Women.
The President prays for good health, longer life and more wisdom for the minister, to keep serving the country and humanity
birthdayPresident Muhammadu BuhariSharon ikeazor
Share
0
FacebookTwitterPinterestLinkedinRedditWhatsappTelegramViberEmail

#BBNaija: Jackie B confronts Michael for telling Maria he wanted to kiss her