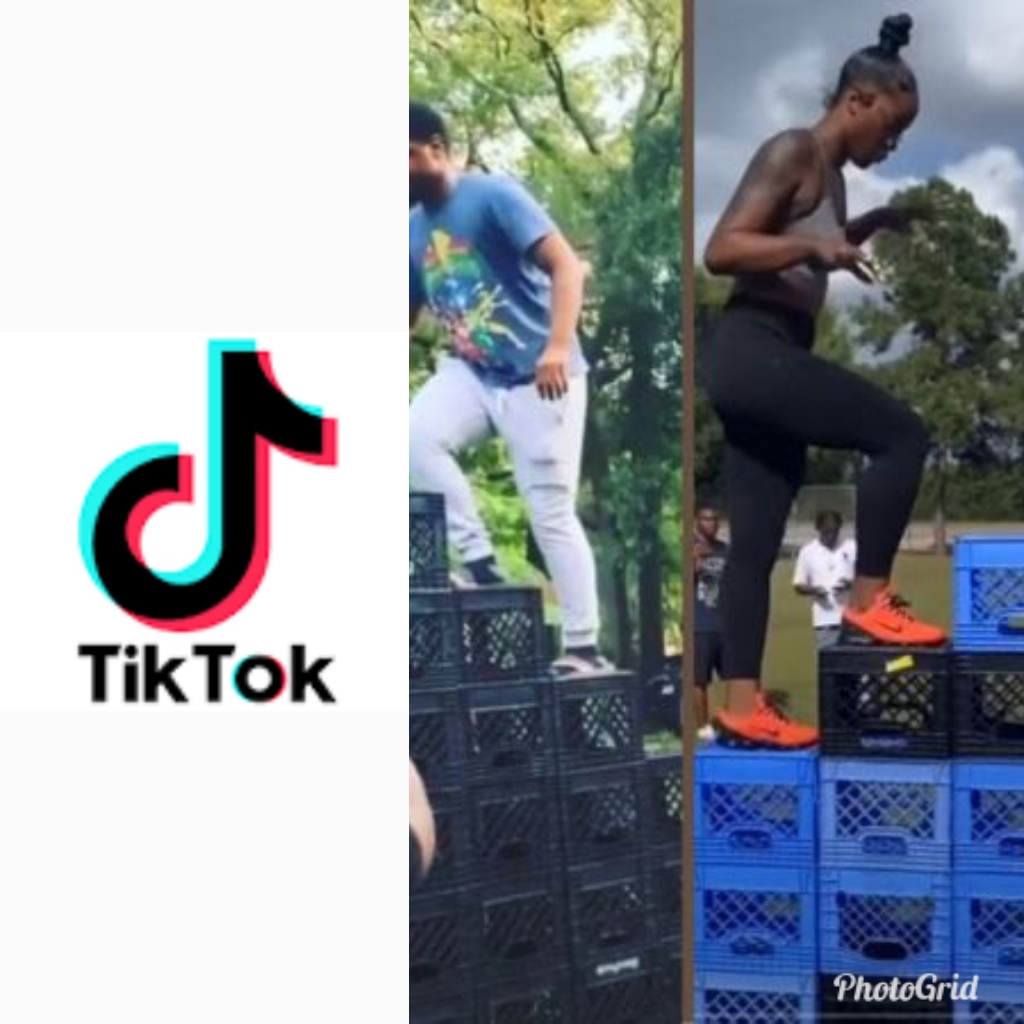 Oyogist.com has learned that Social media platform, TikTok has has warned about the glorifying danger of the viral crate challenge, which has caused a stir on the internet recently.

The platform spoke against “dangerous acts” and noted that it will remove content that glorifies such acts, Fast Company reported.

TikTok also warned users to desist from acts that will endanger them.

A statement from TikTok read, “TikTok prohibits content that promotes or glorifies dangerous acts, and we remove videos and redirect searches to our Community Guidelines to discourage such content. We encourage everyone to exercise caution in their behavior whether online or off.”

The viral crate challenge has caused a stir on social media as the challenge appears to be causing more pain than fun.

Milk crate challenge, which recently started on TikTok, participants take on a set of milk crates precariously stacked in the shape of a pyramid, attempt to climb to the top and then back down again without toppling over.

The participant is expected to climb up to the top of the pyramid-shaped crates and climb back down without destroying the structure.

Asides TikTok, the challenge has caused a wave on Instagram feeds and reels, as people from different countries attempted the challenge.