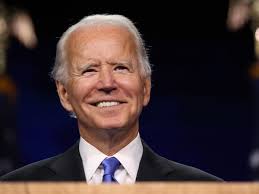 Oyogist has learned that US President Biden has authorized U.S. support for Haiti in the aftermath of a massive earthquake which led to extensive damage and killed dozens of people, with the number of fatalities expected to grow.

According to White House officials, Biden and Vice President Harris were briefed on the earthquake from National Security Advisor Jake Sullivan and Secretary of State Antony Blinken.

The president had pledged U.S. assistance to Haiti, which would be overseen by United States Agency for International Development (USAID) Administrator Samantha Power.

At least 227 people were confirmed dead after Haiti was struck by a 7.2-magnitude earthquake that reduced churches, hotels and homes to rubble.

The earthquake was felt across the Carribean.

A resident, Carmelle Charles, broke down in tears as she recalled how she fled outside her house after the earthquake jolted her home in the Delmas neighbourhood.

“I raced outside with tears in my eyes … because so many images of 12 January 2010 were flashing in my mind. I hope this won’t be the same,” the 37-year-old businesswoman said.

#BBNaija: I first handled a gun at 15– Cross