DSS Reveal why Sunday Igboho’s aides are still under Detention 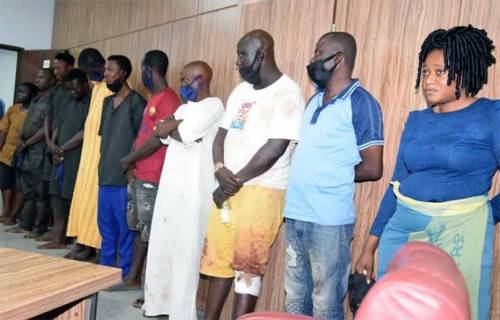 Oyogist has learned that the Department of State Services has disclosed that it is still holding 12 persons arrested during a midnight raid on Sunday Igboho Ibadan Resident because it is still investigating them.

According to the DSS in a detention order it got from a Magistrate Court on July 19 by Justice Mohammed Zubairu, the aides were believed to have committed “the offences of treasonable crimes, illegal possession of firearms” among others.

Prior to their detention, the suspects had through their lawyer, Pelumi Olajemgbesi, filed an application at the Federal High Court, Abuja asking the court to “inquire into the circumstances constituting grounds of their arrest and detention since July 2, 2021, and where it deems fit admit applicants on bail.”

I’m as strong as 1,000 men put together- Actress Tonto Dikeh