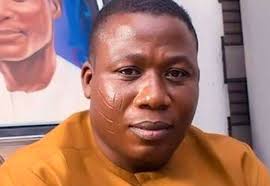 The court, which was expected to start hearing the case at 10:00am, barred reporters and supporters of Igboho who besieged the premises. The hearing commenced at about 5:00pm.