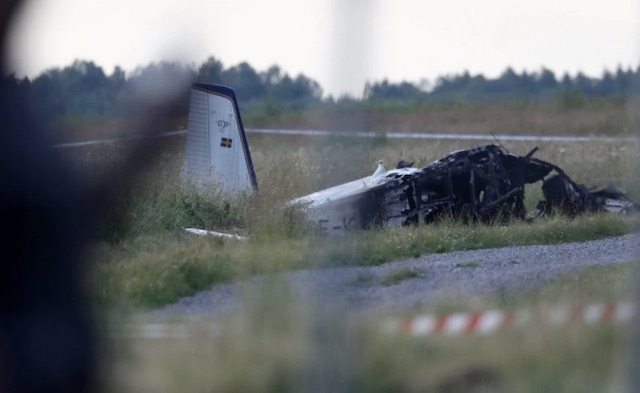 Not less than Eight skydivers and a pilot were found dead in the crash of an airplane in Sweden Earlier today, Oyogist reports.

“Everyone on board the crashed plane has died.”

The plane, a DHC-2 Turbo Beaver crashed along a runway at Orebro airport shortly after takeoff and caught fire at impact.

“It is with great sadness and sorrow that I have received the tragic information about the plane crash in Orebro,” Prime Minister Stefan Lofven wrote on Twitter.

“My thoughts are with the victims, their families and loved ones in this very difficult time.