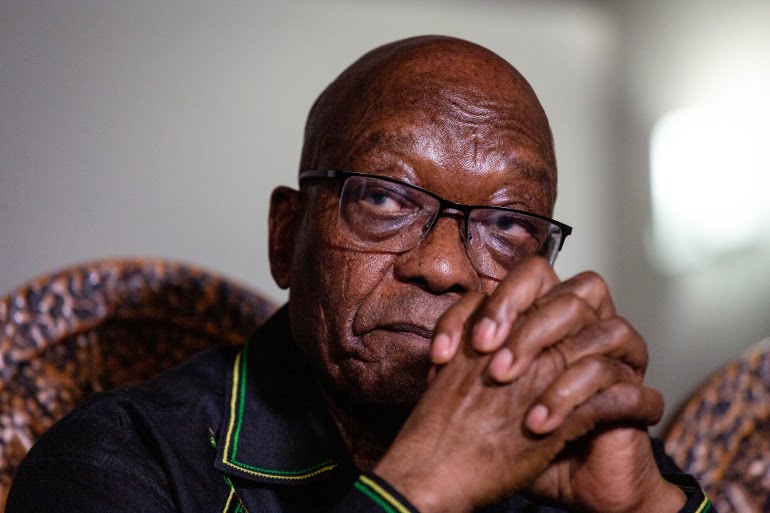 Oyogist.com has learned that Jacob Zuma, former South African president, turned himself in to police on Wednesday to begin 15 months in jail for contempt of court, the culmination of a long legal drama seen as a test of the country’s ability to enforce the rule of law.

Police spokesperson Lirandzu Themba confirmed in a statement that Zuma, who was president from 2009 – 2018, was in police custody, in compliance with last week’s Constitutional Court ruling.

Zuma was sentenced on 29 June for defying an instruction to give evidence at an inquiry into corruption during his nine years in power. He has testified only once at the inquiry into what has become known as “state capture” – meaning the siphoning off of state assets.

Businessmen have been accused of conspiring with politicians to influence the decision-making process while he was in office. But Zuma has repeatedly said that he is the victim of a political conspiracy.

Police had signalled they would arrest Zuma by the end of Wednesday if he failed to appear at a police station. Hundreds of his supporters, some of them armed with guns, spears and shields, had gathered nearby at his rural homestead in Nkandla, KwaZulu-Natal (KZN) province, to try to prevent his arrest.

But in the end, the 79-year-old Zuma decided to go quietly.

A convoy of cars believed to be carrying Zuma drove out of his homestead at high speed about 40 minutes before the cut-off time for him to give himself up.