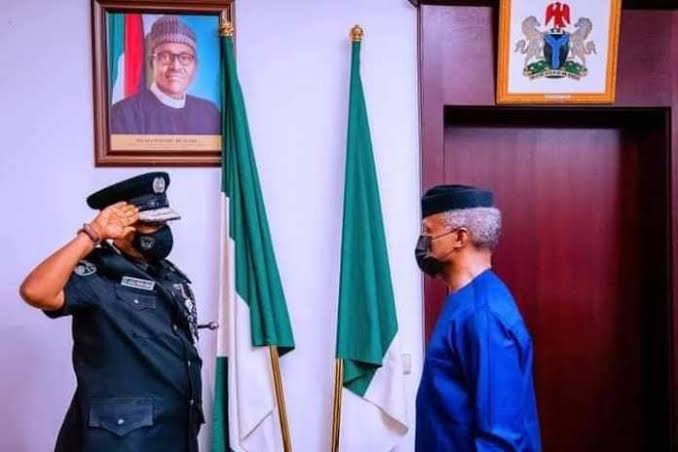 Osinbajo gave this charge while decorating the acting Inspector-General of Police earlier today.

“The organisation you are leading is one that is itself facing several challenges, your officers work in extremely difficult conditions and some face the threat of superior power by terrorists and hostile non-state actors while in the line of duty.

“There is no question at all that there is a lot to be done.

”Under your leadership, the Police must now rebuild some bridges of trust and regain the confidence of the citizens.”This is an on-going challenge and task that the Police Force and all the senior members of the Police must take on as a responsibility.”They must continue to rebuild their trust with the Nigerian public.”

“One of the ways you can restore confidence and build trust is by implementing the Community Policing Policy which has already taken off and reconceptualising policing as a task carried out in partnership with local communities and officers who are members of these communities.

“Under your leadership, the force must live up to all the high standards of professional conduct and compliance with the Rule of Law.”It must significantly improve the welfare and working conditions of its officers while rapidly scaling up its forensic, logistical and operational capacities to meet today’s challenges.

“You must stamp out the excesses and abuses and the culture of impunity demonstrated by some elements of the force which provoked public outrage against the institution. He said Further.